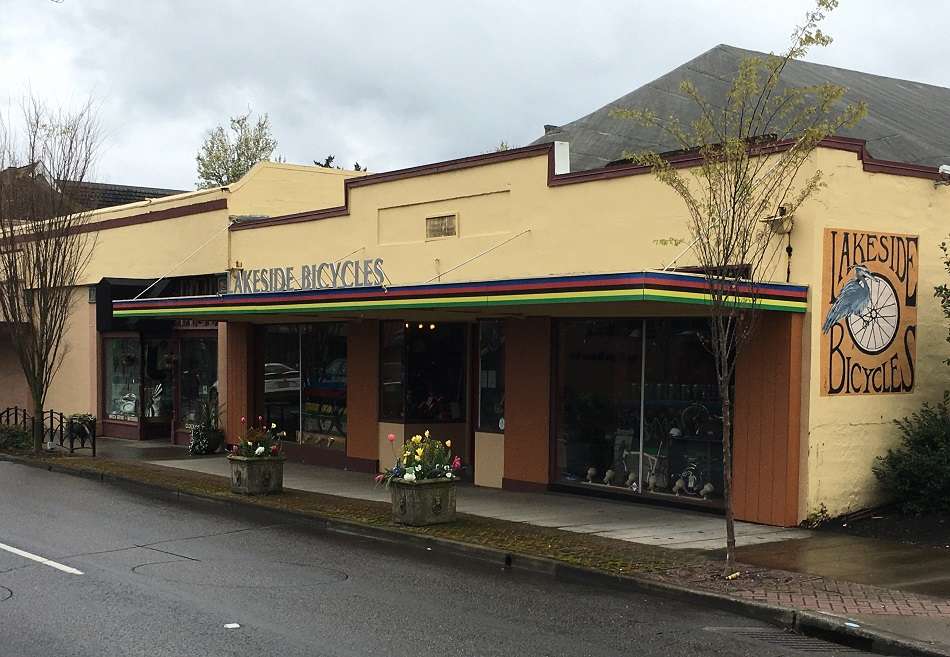 Founded on April 1, 1997.  Lakeside Bicycles has been a Lake Oswego (and Portland) tradition for over a quarter of a century.  Built on the proposition that all cycling opportunities should be equal and that every cyclist is entitled to the best outcome of which they are capable, we exist to exceed your innermost and most urgent cycling hopes and dreams.

Please, check us out in person.  There are loads of positive reviews written by people who have been brainwashed by our kindness and attention to their needs and whims as well as the occasional angry essays by people who have, clearly, mistaken us for someone else.  In either case, Lakeside Bicycles is always a better experience than the rumor.

Here, randomly arranged in the order we uncovered their photos, is our crack team of cycling Ninjas.  Each of them a tower of strength and an ocean of knowledge.  Each of them vibrating in readiness to realize your every whim. 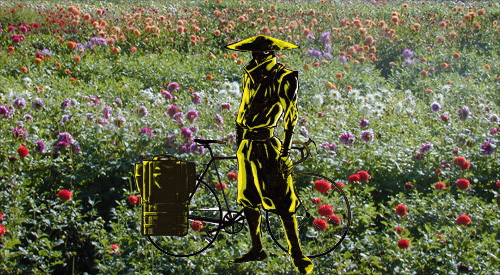 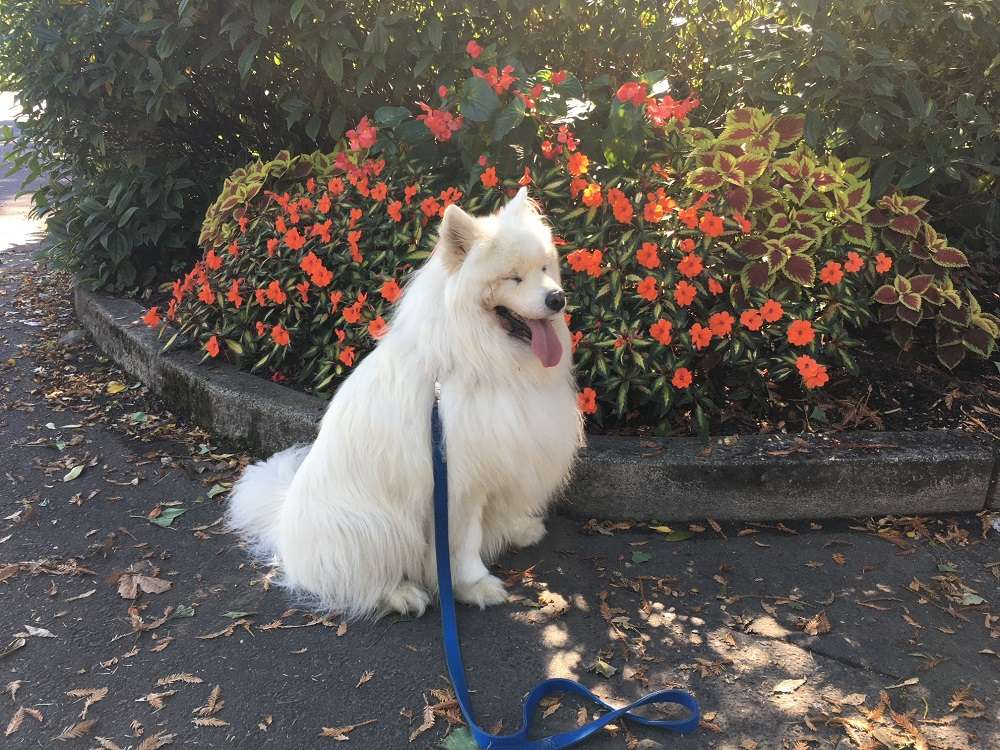 As part of his treatment for addiction to stealth crotch sniffing, we invite Onslo to visit the shop from time to time where he has variously: stolen all of the cat's toys, drooled messily over lunch, learned to (occasionally) roll over on command, and fallen asleep on every horizontal space in the shop.  Onslo's motto? "Oh boy this is great!" 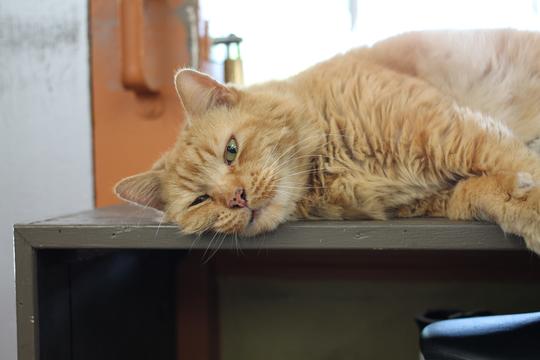 Gnaeus Pompeius Magnus (fireside name:  Magnus) The cat so big we called him 'The Great', After following our owner home from the local Cat Adoption Center, the 10 year old Magnus was responsible for Dust Bunny wrangling at Lakeside Bicycles when he wasn't under treatment for his addiction to large dogs. Though capable of overcoming foes one third his size: we, on occasion, opened the shop to find him bound, gagged and covered with threatening Post'Its from the mice.  Magnus was a fixture at Lakeside Bicycles for 15 years, and passed away peacefully while sunning himself in the front window at the ripe old age of 25.  RIP. 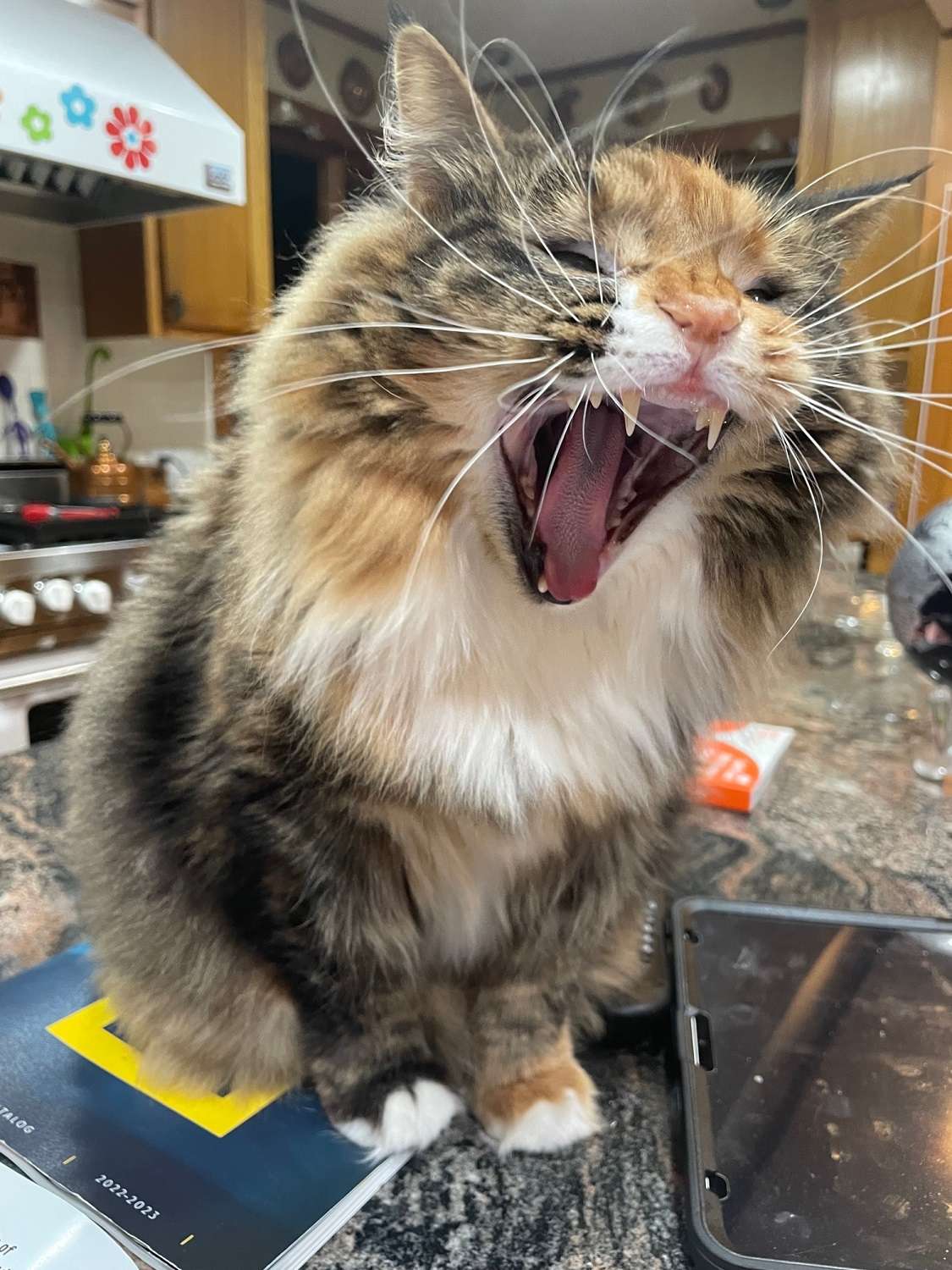 Nothing to do with lakeside Bicycles, she's never visited Lakeside Bicycles, she has no interest in anything that doesn't get her closer to the bird feeder.  On the other hand she swore that she would make all of our lives miserable if we left her out. 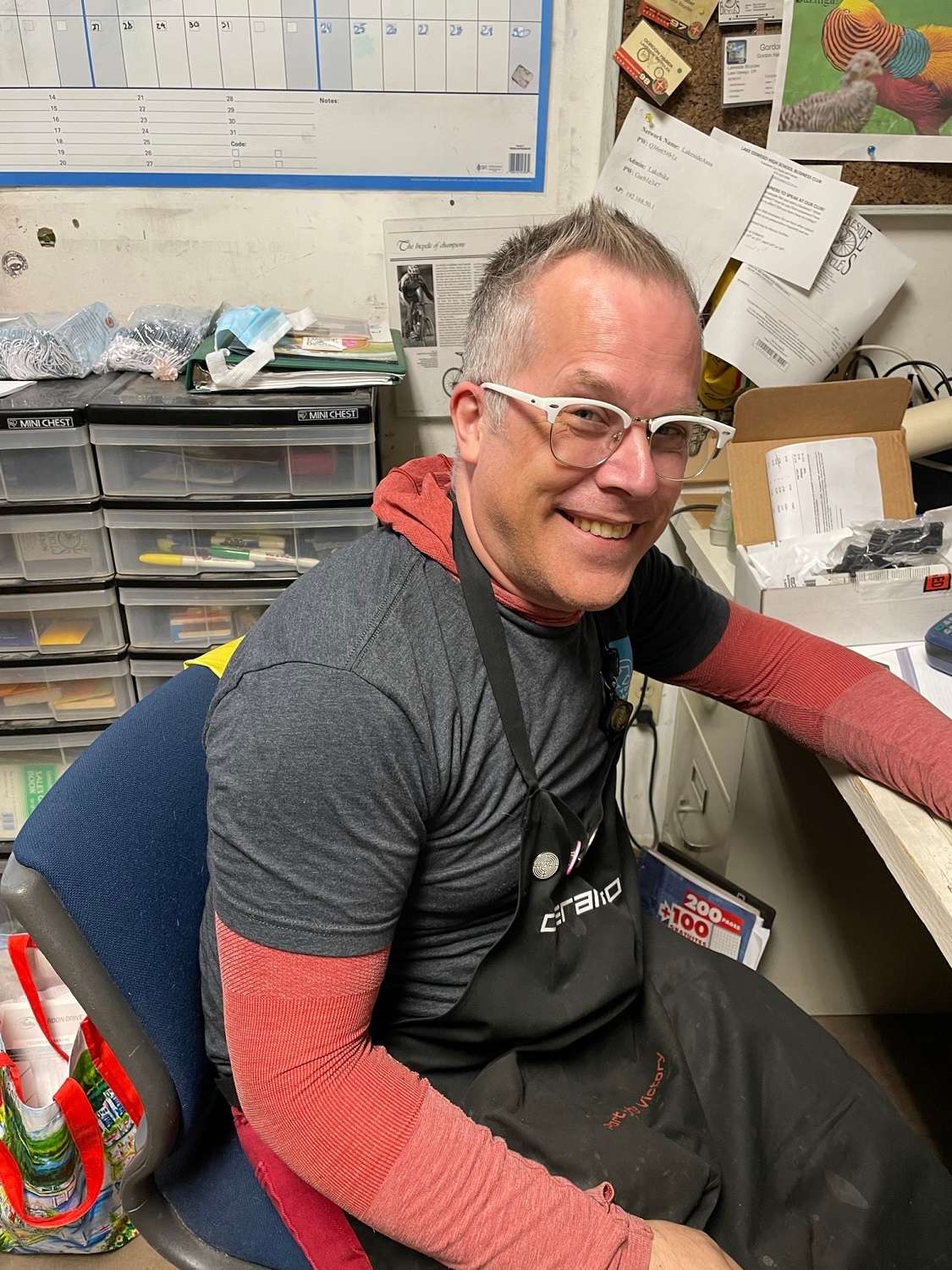 After a lengthy history engaging in jobs ranging from goat herding to hand modeling to managing a music store to mangaing an e-bike importer to taking the 2020 census to getting his degree and pretty much everything imaginable in between, Peter decided to take an enormous leap away from common sense and settled down to "do something" about Lakeside Bicycle's service area. Comfortably ensconced amidst his tribe of mechanics and mechanic trainees, Peter now spends his days seeing to it that your bicycle receives the kind of attention normally accorded to exceedingly wealthy users of elective plastic surgery.

Peter's Motto?  There's no such thing as overkill, just open fire and re-load.

Meryl Haber, She Who Must Be Obeyed: 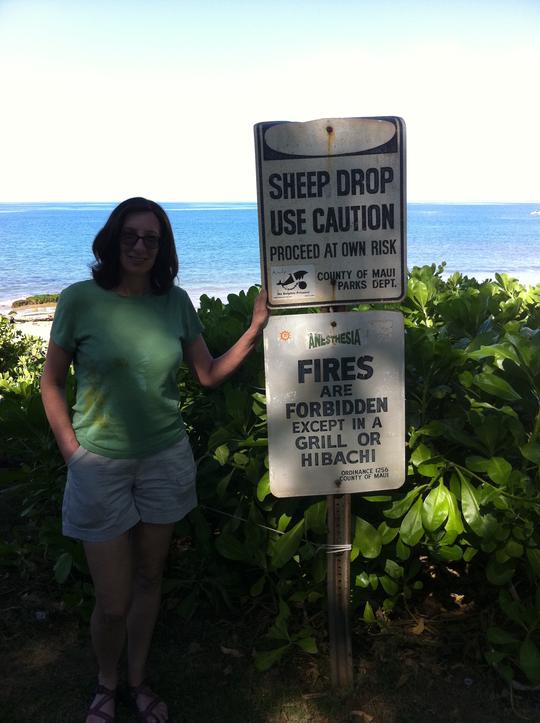 Like Oregon, her home state, Meryl is a beloved source of home made baked goods. As our book keeper Meryl sees to it that the bills are paid and the brakes applied to our buying. As a young Mazama, Meryl summited every major peak in Oregon. As a rider she has embarrassed more experienced riders on Mount Ventoux, the Alpe d'huez, the Lautere, and the col Izoard (ouch. ow!).

Meryl's motto?  It's good to be the Queen 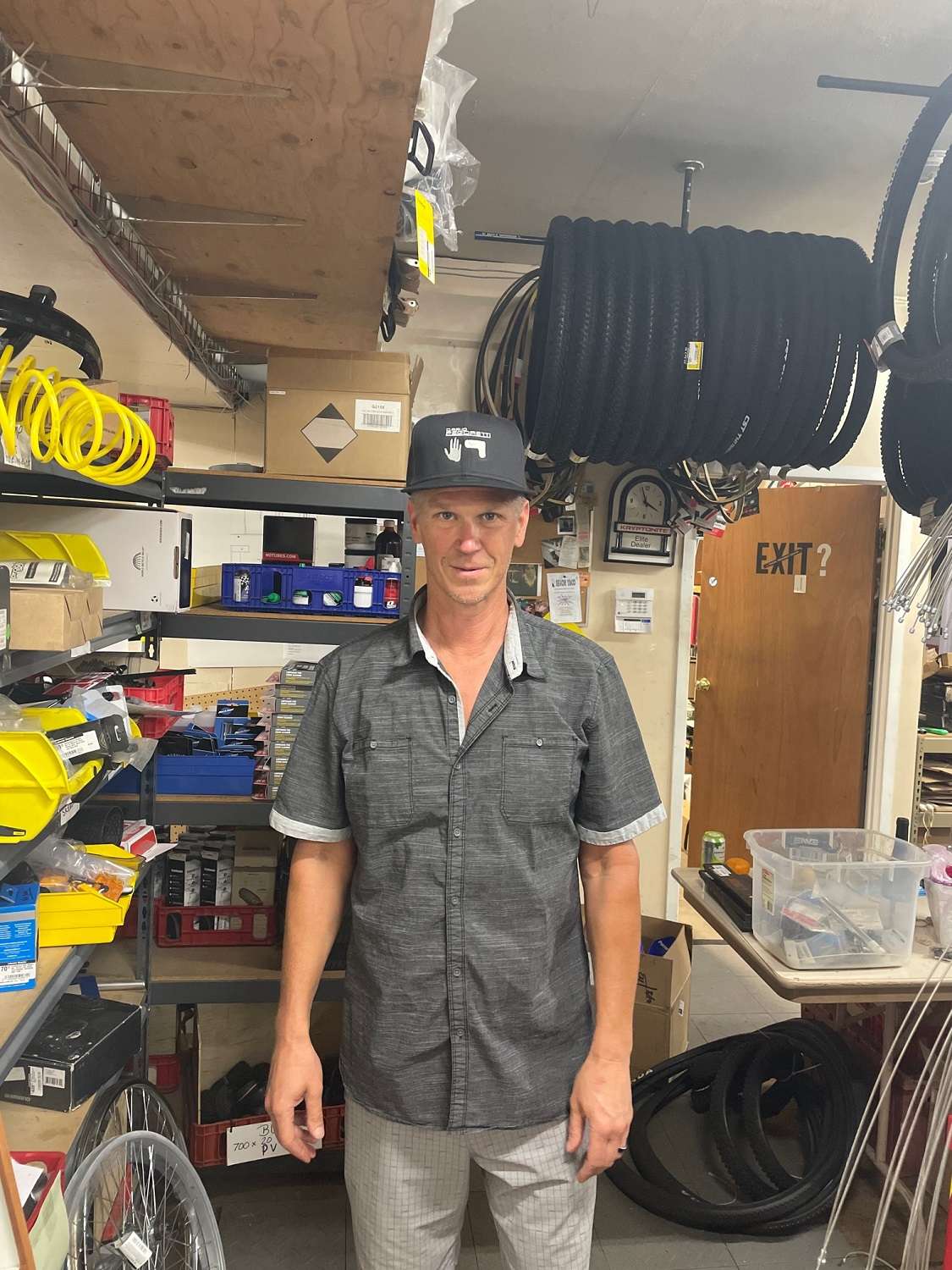 David's motto? "If the damage you do is covered by a manufacturers warranty, you didn't do enough damage." 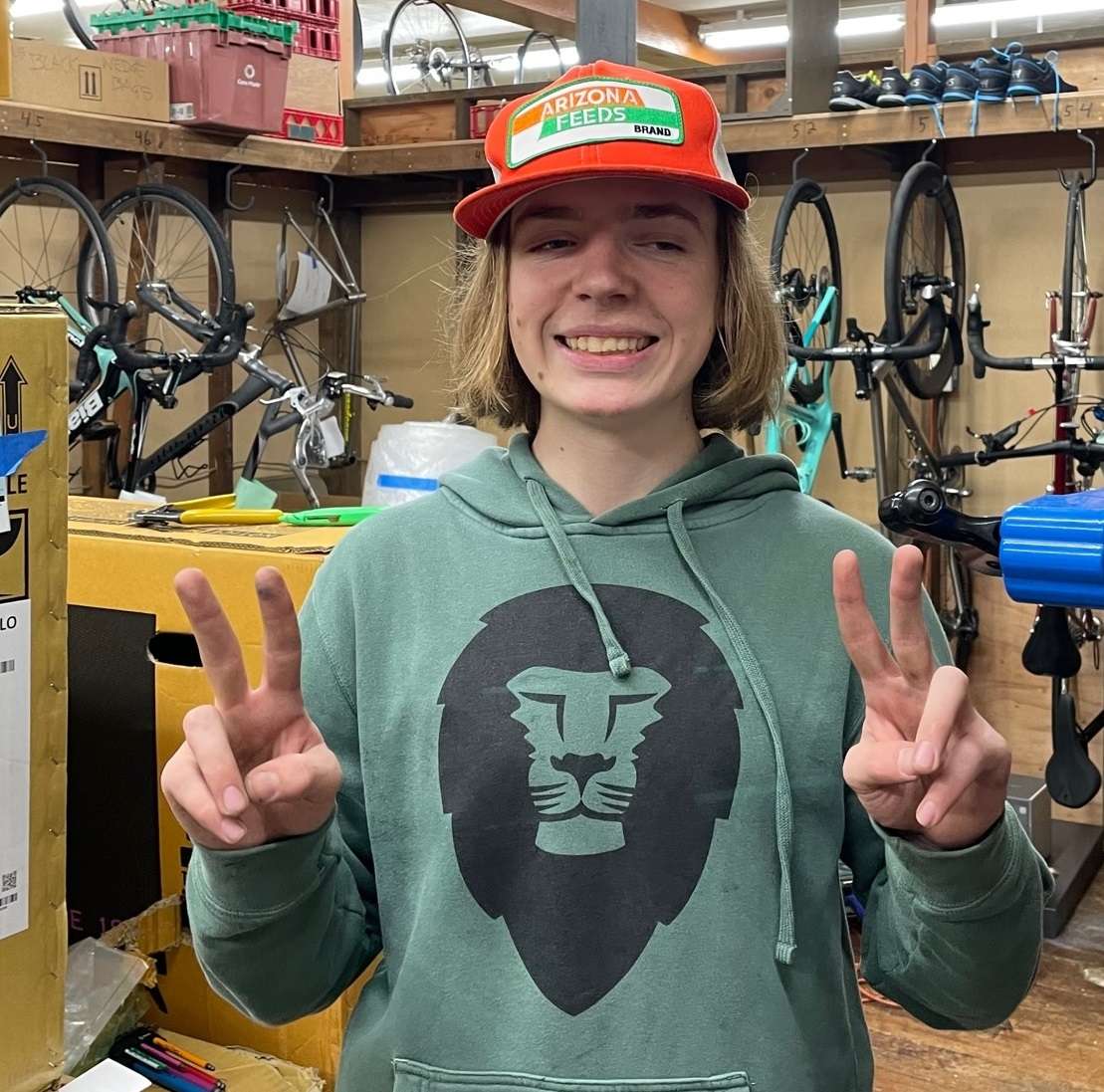 Leo's Motto? "There's nothing here that can't be fixed with an adequate application of high explosive." 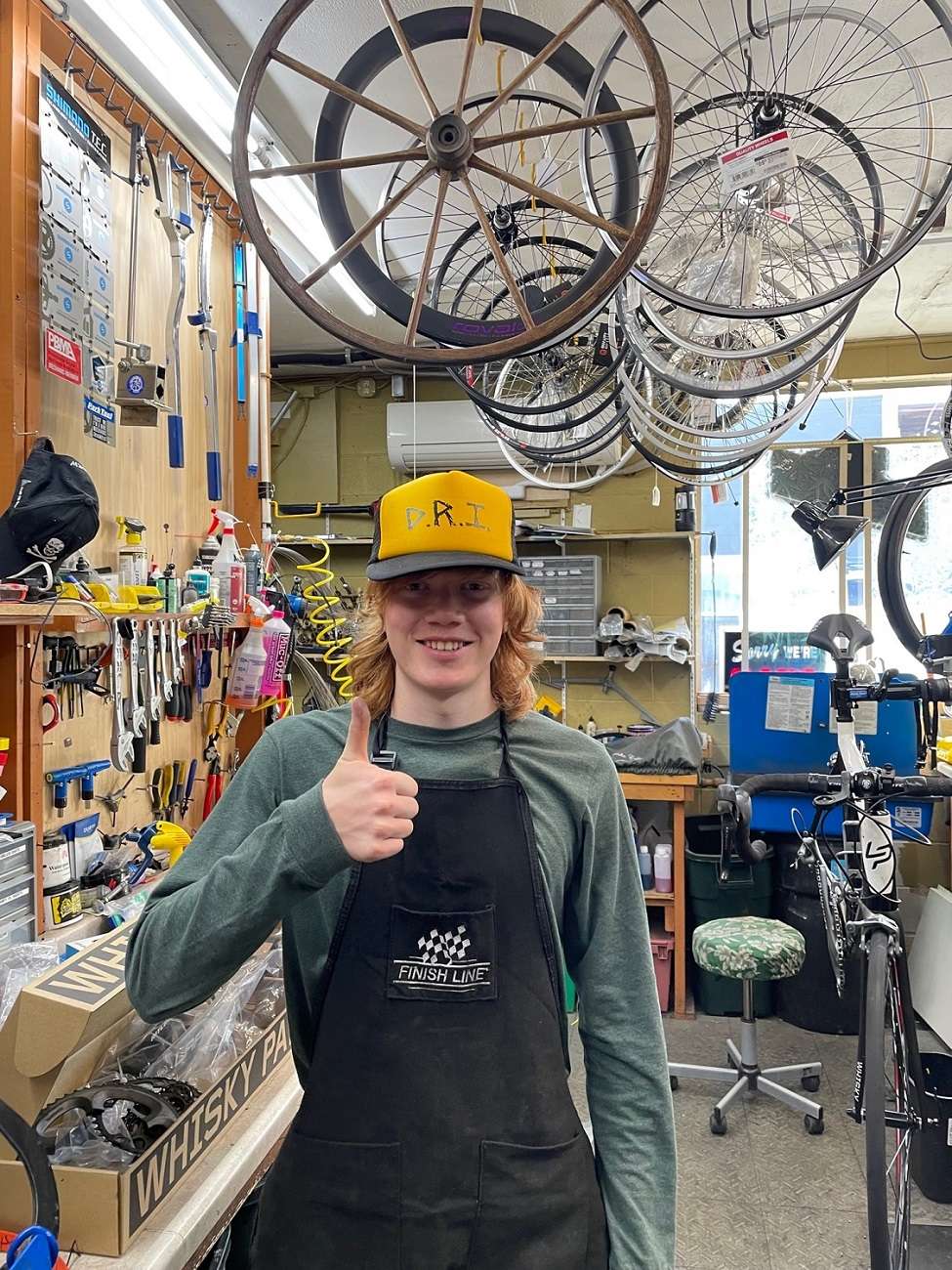 Gunnar's motto? "Mockery and derision have their place. Usually, it's on the far side of the airlock." 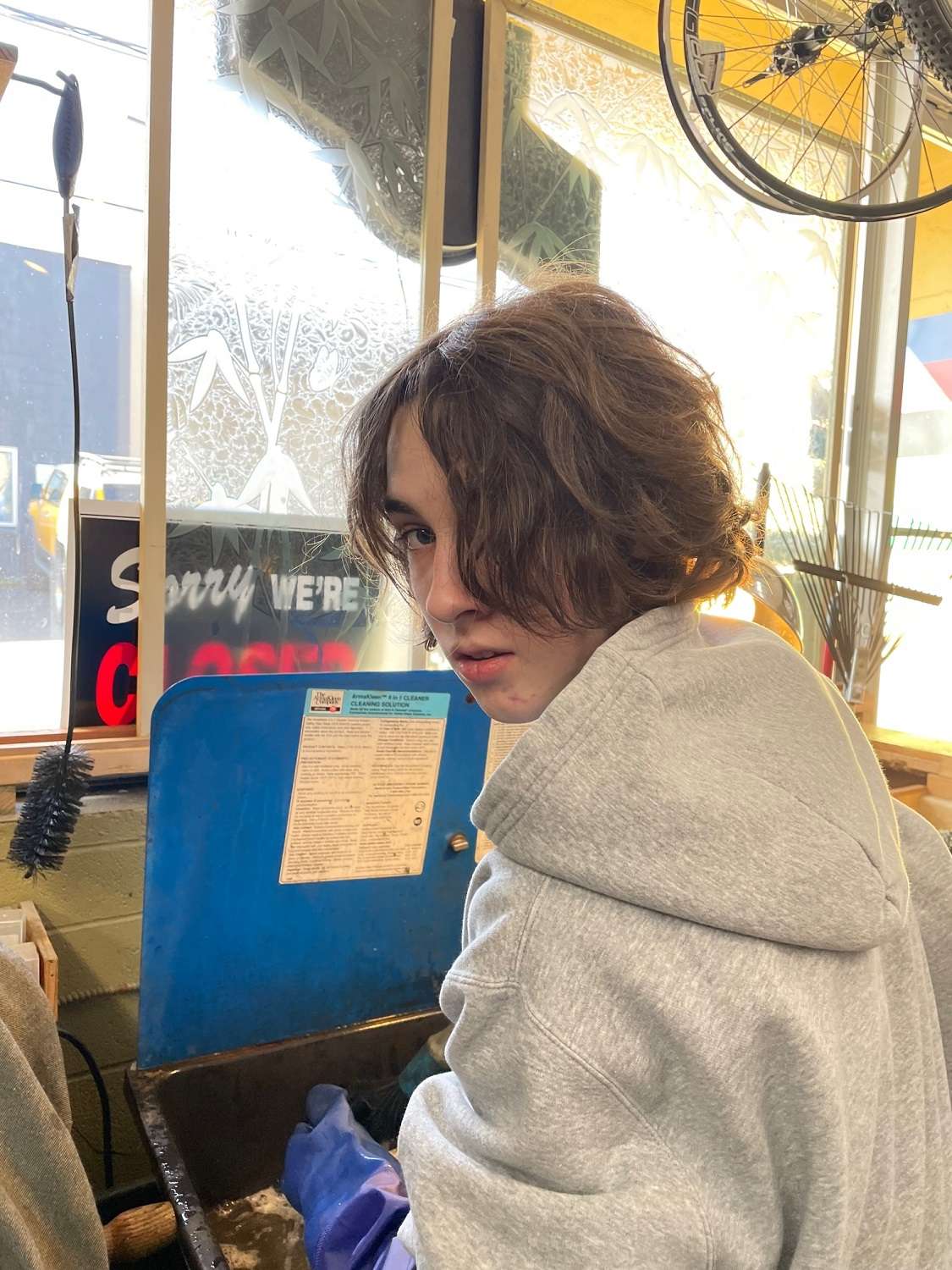 Calum's motto? "If it's stupid and it works, it's still stupid and you were lucky." 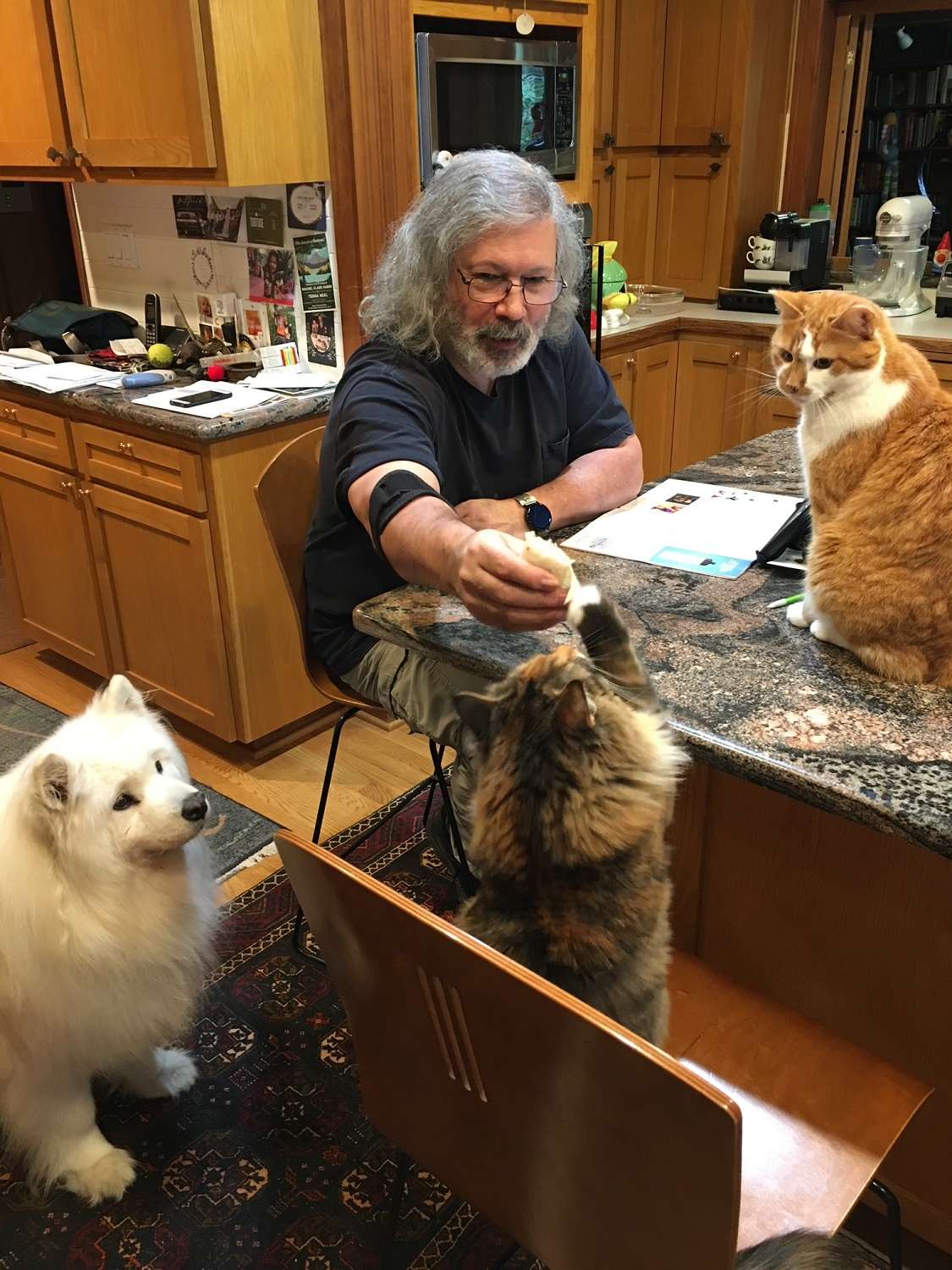 Son of a noted tribe of itinerant carpet cleaners, Gordon spent his early years fostered to a family of Howler monkeys near a small village on the Amazon. On graduation from the Ecuador School of Hills and Valleys with a degree in swamp, Gordon went to work for the national lab doing Something Secret. At the urging of his wife (Meryl), he interrupted his career of time-card padding and web surfing to open Lakeside Bicycles where he can often be found today, staring blankly off into space and occasionally interfering with his employees.

Gordon's motto: He fears his fate too much or his desserts are small, who dares not put it to the test, to gain or lose it all. 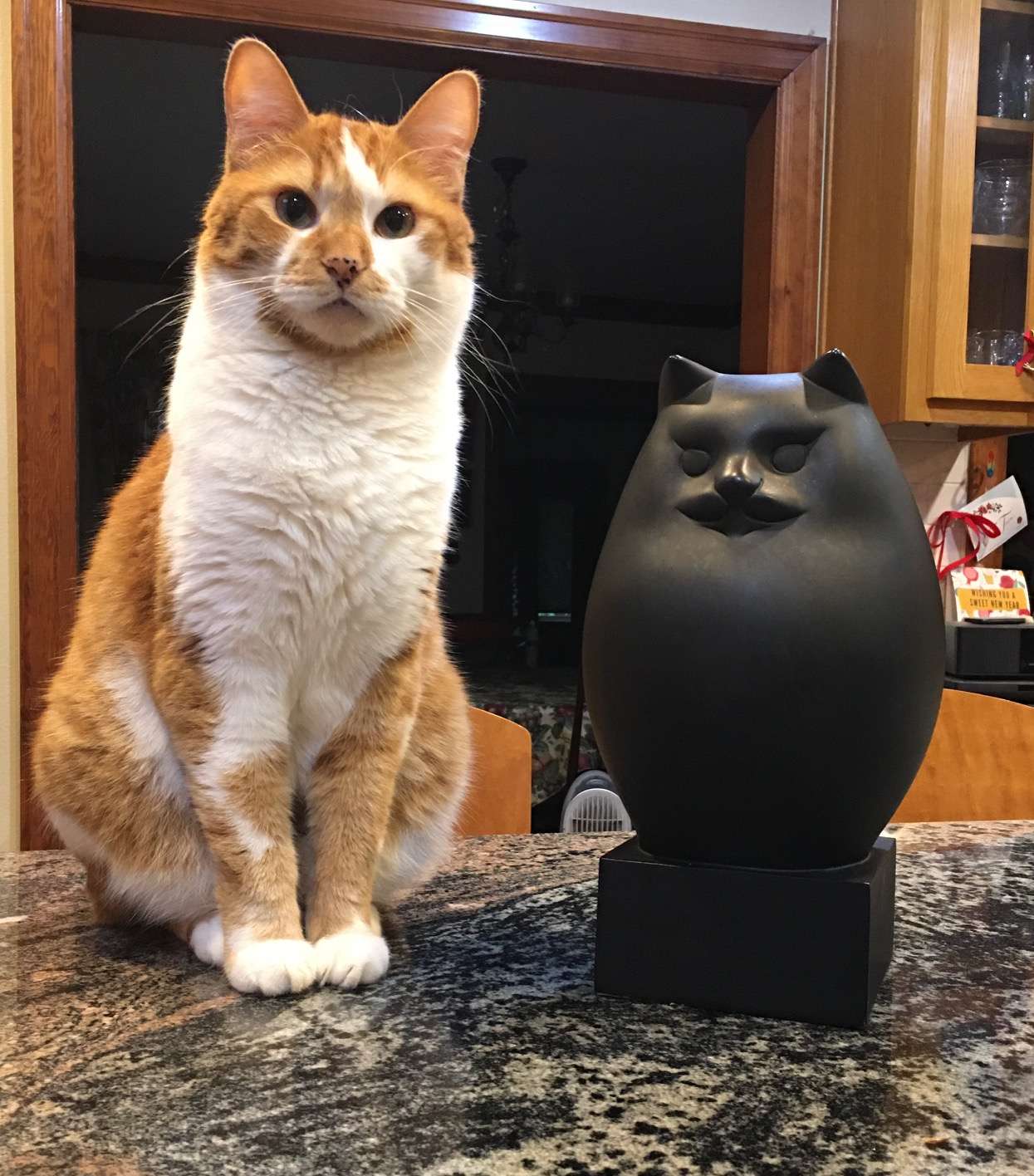 Zohltan's motto? "Two wrongs is probably not going to be enough." 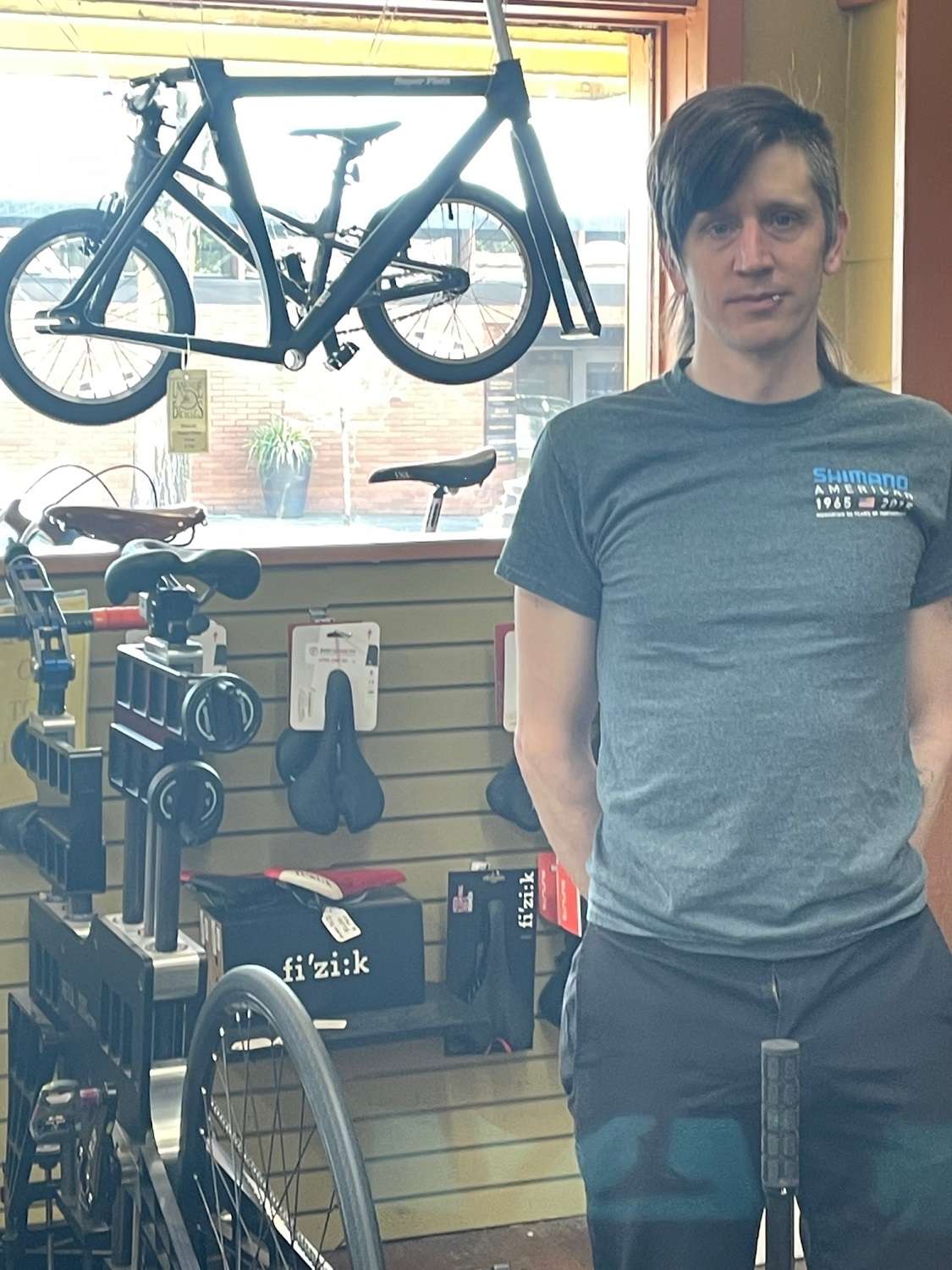 Lakeside Bicycles' very own Retül Fit Technician!  Zak's motto? "Who you are is always right and by the way, have you considered shorter cranks?" 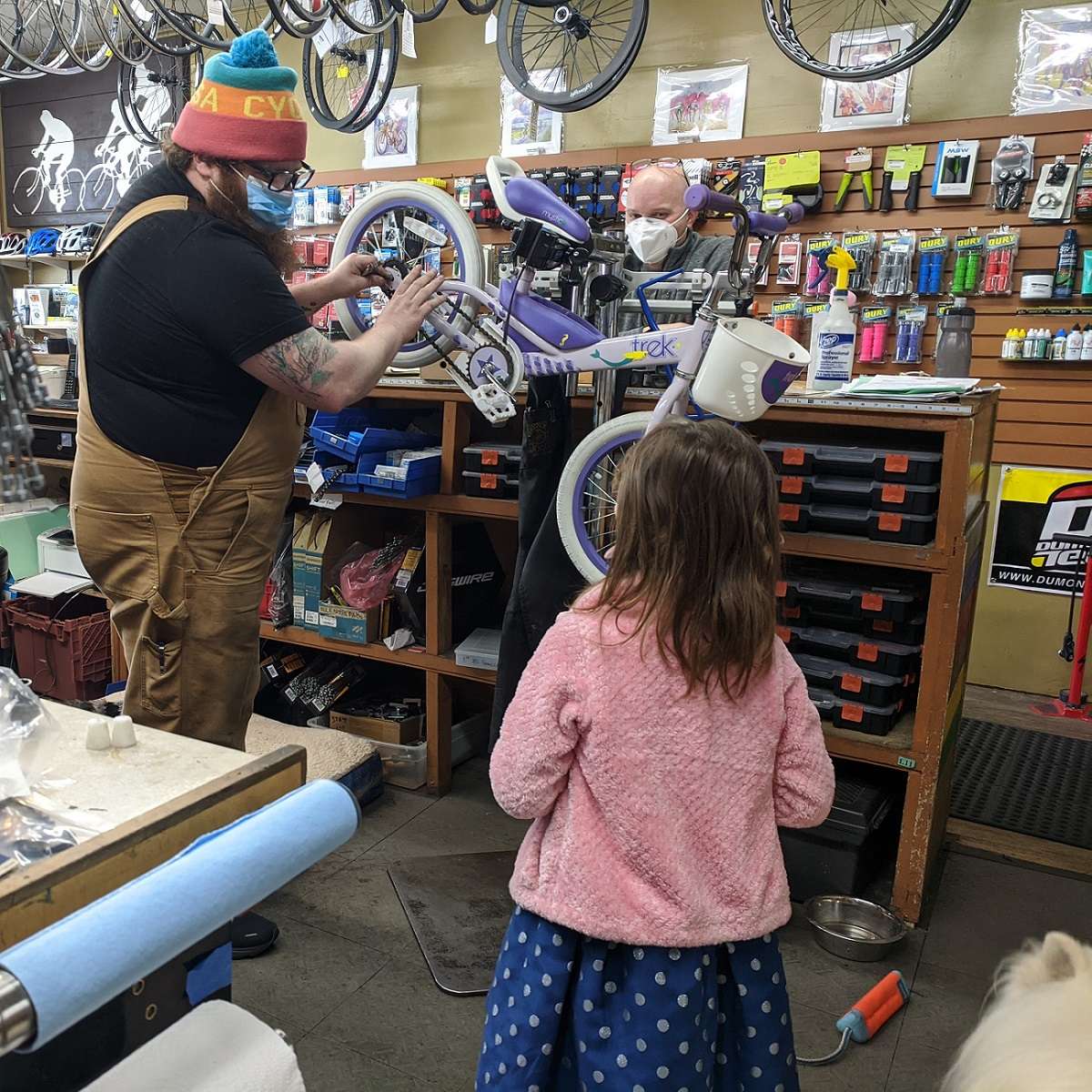 Todd's Motto?  "The world is richer when you turn enemies into friends, but that's not the same as you being richer." 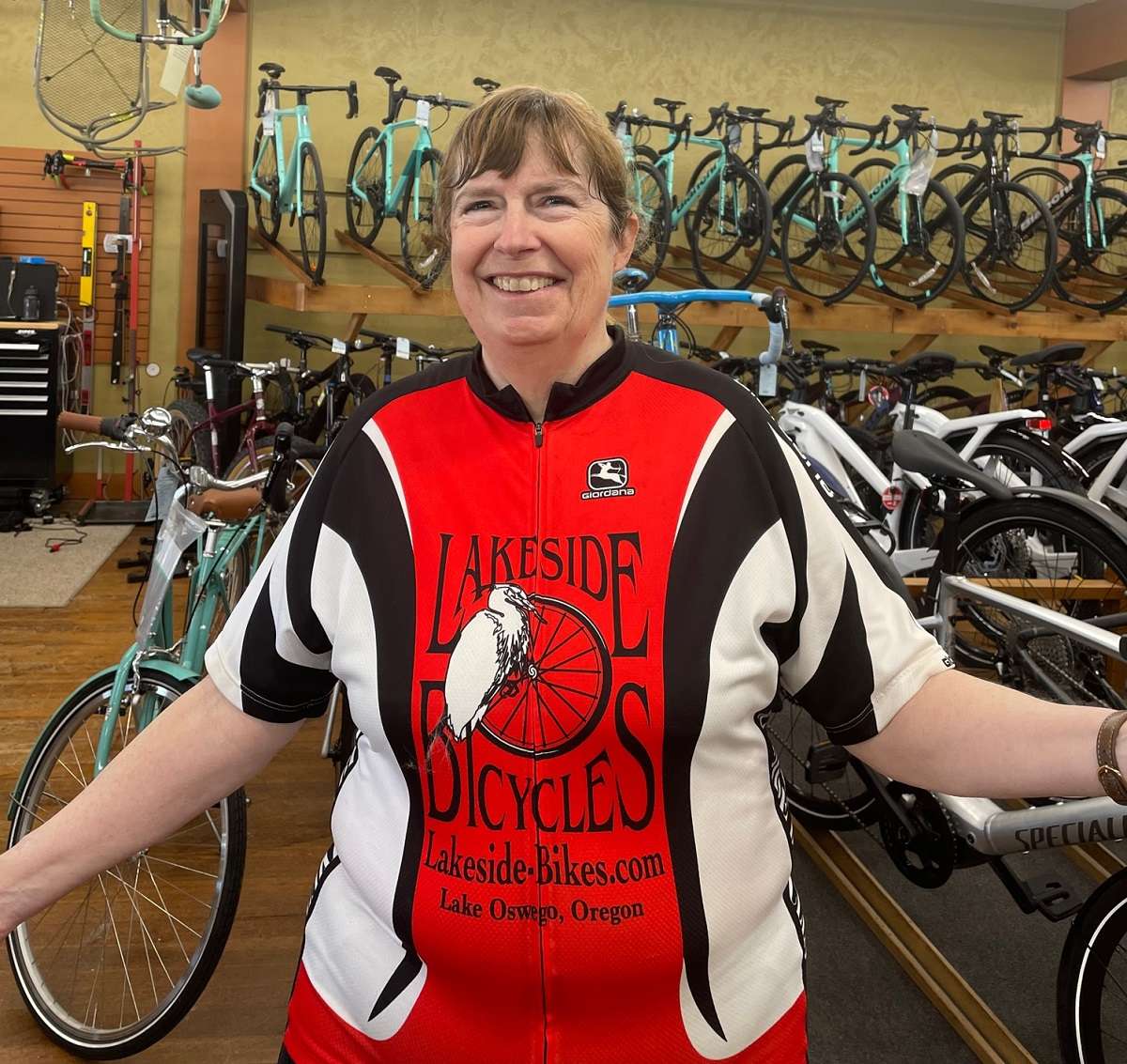