From the late 1960s through the 1970s, Colnago was generally regarded as one of the builders of the world's finest road race frames. In 1960, Colnago saw fame as Luigi Arienti rode to a gold medal at the Rome Olympics on a Colnago bicycle. In 1963, Colnago joined the Molteni team as head mechanic, and riders such as Gianni Motta raced on Colnago bikes. A win on a Colnago in the 1970 Milan-San Remo race by Michele Dancelli for the Molteni team inspired Colnago to change his logo to the now-famous 'Asso di Fiori' or Ace of Clubs. 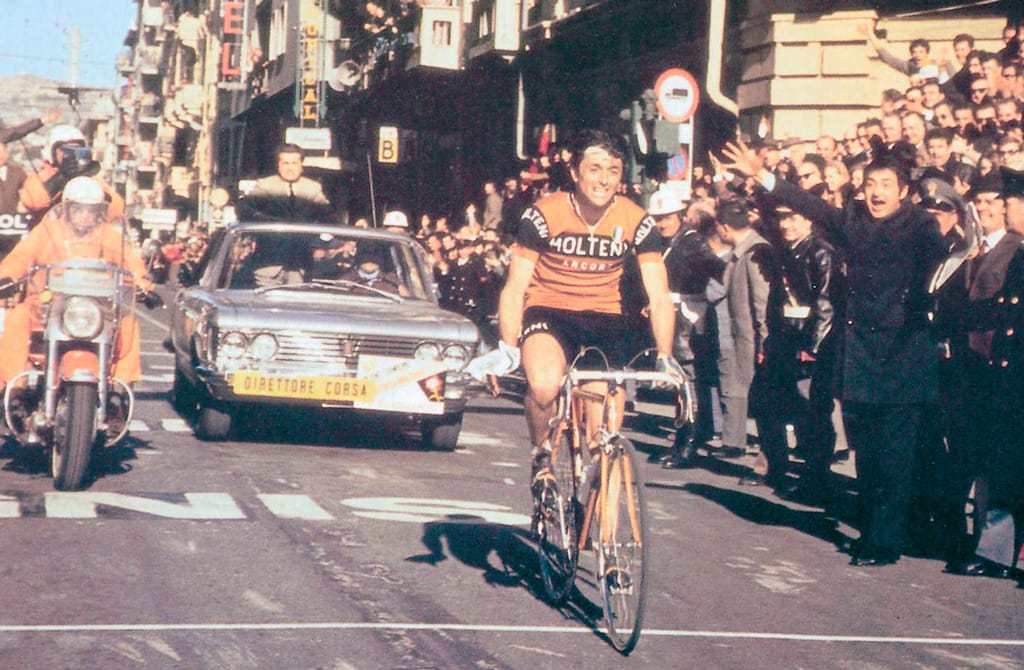 After the demise of the Faema team, Eddy Merckx joined the Molteni team, as Colnago describes it: "Merckx was an up and coming champion, and I was an up and coming bike builder. So it was a real honour to work for a great champion like Merckx. It helped us to grow... when we made special forks, and special bikes." This included the super-light steel frame used by Merckx in 1972 to break the world one hour record, a record that was to stand for more than 10 years.

With a growing reputation from their racing wins, Colnago plunged into the market for production bikes. In the U.S., the early seventies witnessed another bike boom, and Colnago "pumped out bikes as though the future of humankind was at stake." The mainstay of the Colnago line in the 1970s was the Super, followed by the Mexico, named in honor of the successful hour attempt. Other models were added including the Superissimo and Esa Mexico. While the finish on these early Colnagos could be variable, they were great riding bikes and developed a cult-like following. 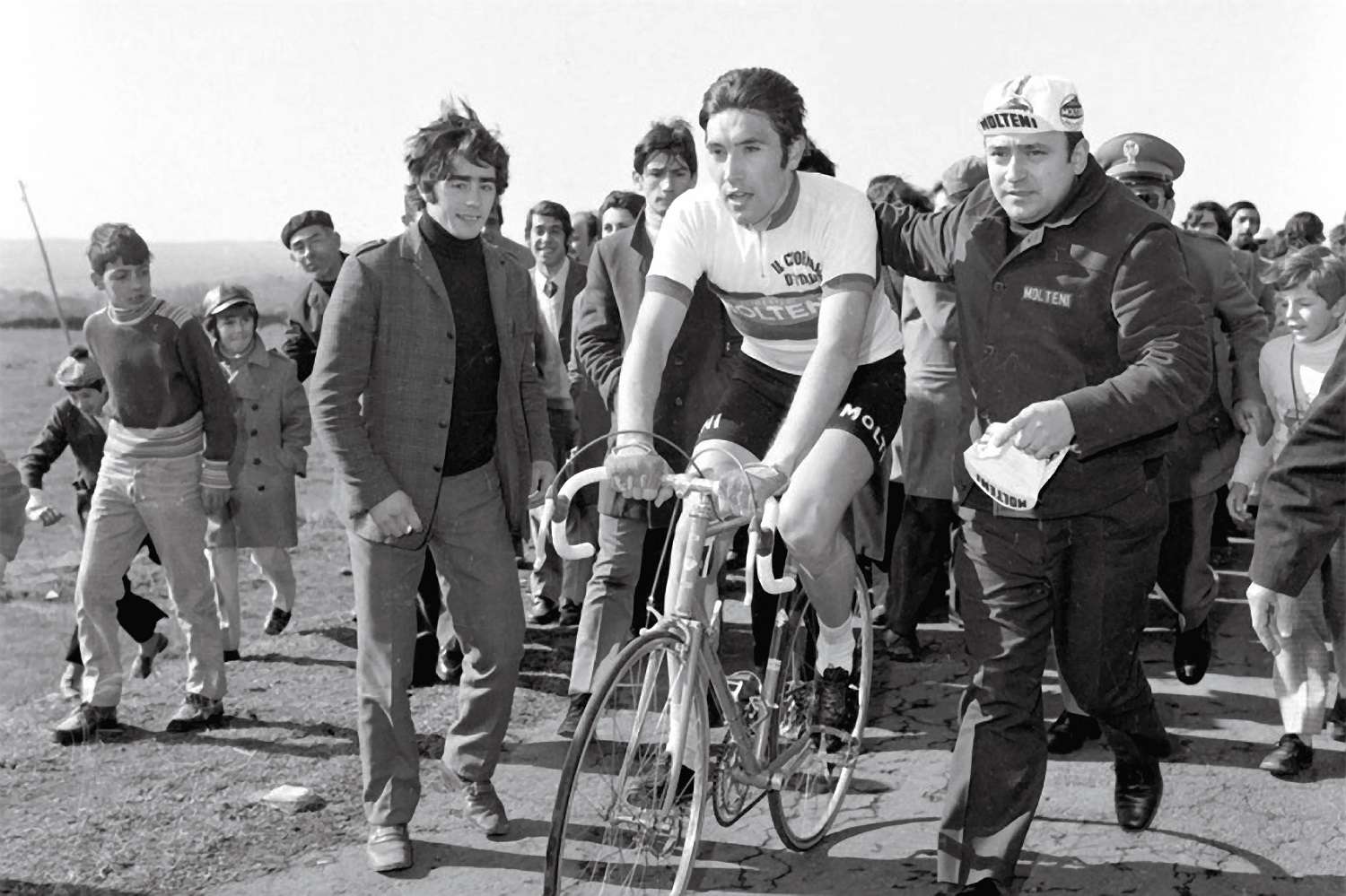 In response to criticism that his frames were not stiff enough, next Colnago experimented with ways to change the behavior of frame components. In 1983, he introduced the Oval CX with an oval-shaped top tube to add stiffness. He then experimented with various crimped-tube frames which became production models as their top of the range frames, beginning with the "Master." Later "Master-Light", Master Olympic and Master Piu extended the range. Colnago built a frame from Columbus tubing used by Giuseppe Saronni to win the world professional road race championship in 1982, and afterwards a short-lived collection of bikes were badged with the Saronni name.

Since the 1980s, while Colnago continued to produce high-end steel bikes, they began to produce bike frames using material other than steel including titanium, aluminum, carbon and mixed material frames. One unique frame from this period, the Bititan, has a dual titanium down tube. Crimped and oversize tubes appeared on the Tecnos–one of the lightest production steel bikes produced, and the same oversize tubes and crimping were used on the aluminum Dream frame. In 1981 Colnago prototyped the CX-1–a full monocoque carbon fiber bike with disc wheels that was shown at the Milan bike show.  Subsequently, Colnago worked with Ferrari in developing new carbon fiber technology, and Ernesto also credits their engineers for challenging him regarding fork design, which led to Colnago's innovative Precisa straight-bladed steel fork. They also experimented with multi-material frames, including the CT1 and CT-2 constructed with titanium main tubes, carbon fiber forks and rear stays, and a similarly constructed (although short-lived) Master frame constructed with steel main tubes, carbon forks and stays. 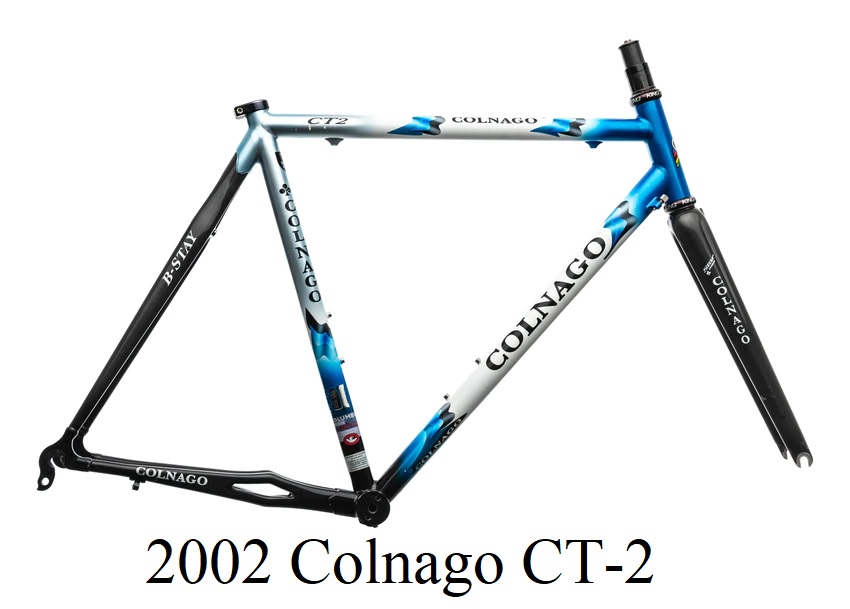 And now, with the introduction of their latest collaboration with Ferrari, the Vr-3, Colnago not only enters the ultra competitive realm of aero road frames they take ownership of it.  Once again Colnago leads from the front, doing the unimaginable with inimitable grace and style.

At Lakeside Bicycles we have always maintained a take-no-prisoners approach to selecting brands for our customers.  They are, after all, the most sophisticated and discriminating on the planet.  There has never been a time when we felt anything but completely justified in offering them Colnago.

Top Ten Colnagos of All Time: