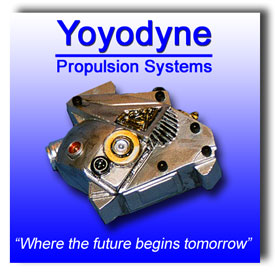 As you know, matter is composed mostly of empty space, right down to the quantum level: within an atom, most of that atom's total volume consists of relatively vast spaces between the subatomic particles, although the particles do remain tethered to each other by electromagnetic force. Early quantum theory suggests that EM force may consist of "virtual photons" that have no mass and naturally fill such otherwise empty spaces.

The overthruster powers two colliding beams (one stream of electrons, one of positrons) which annihilate each other, creating create intermediate vector bosons as a by-product. The vector bosons are then magnetically collected and focused into another beam, now capable of imparting mass to those pesky virtual photons, thereby weakening the EM force that binds matter. Everything reverts to normal pretty quickly, but a fast-moving object (such as Buckaroo's jet car) can pass through the affected matter before the window closes.

Greater detail can be found in "Moving Through Matter with Buckaroo Banzai" by Dr. Cary I. Sneider of the Lawrence Hall of Science at Berkeley, first presented at a National Science Teachers Association convention in Boston in April 1984.