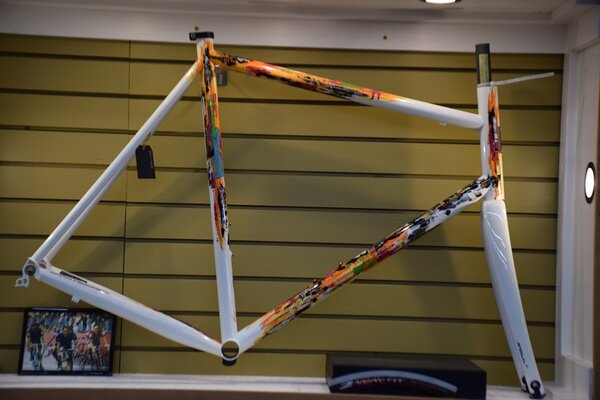 Named for the Frank Zappa/Mothers of Invention song (appears on the 'B' side of the CD release of "Absolutely Free") and for Dario's mother, Big Leg Emma is based on the Marcello with the addition of oversized tubes (22mm chainstays vs. the Marcello's 18mm) and internal re-enforcing gussets. It is, by far, the stiffest steel frame in Dario's stable and is designed for Clydesdales or over-quadded crit specialists. If you need a 60 or 62cm frame, it is probably your baby.

After you hear it described, the design elements of the Big Leg Emma are straight forward: One, that wider diameter tubes are less prone to flexing under load. Two, the down tube and the chainstays directly effect bottom bracket deflection. It is all pretty obvious until you add a sprinkle of Pegoretti genius.

To get there Dario took a page out of Falerio Masi's book (he used a similar technique to stiffen the chainstays of track bikes during the 70's) and added gussets (stiffeners) to the oversized downtube. Prior to welding up the frame, Dario laser cuts several small grooves into either side of the downtube. He then brazes in horizontal anti-flex plates and finishes it off by brazing ornamental covers over the incisions. At the end of the day Dario achieves his goal of an uncompromisingly stiff race frame without sacrificing vertical compliance or aesthetics.

The Big Leg Emma is available only by special order, We ask for a full deposit in return for which I will gently annoy the people at Gita on a weekly basis until your baby arrives. I have no idea how long it is going to take to get here (18 to 30 months is a guess and probably wrong) but I guarantee it will be worth the wait. Should you come to the reasonable decision to own a Pegoretti Big Leg Emma, please allow the enthusiasts at Lakeside Bicycles to offer your their assistance. Our hours are Pacific Time 10-7 W-F, 10-6 Sat, 12-5 Sun, you can e-mail us at info@lakeside-bikes.com or, if you would like to learn much, much more about Dario Pegoretti and his frames, just click this link. 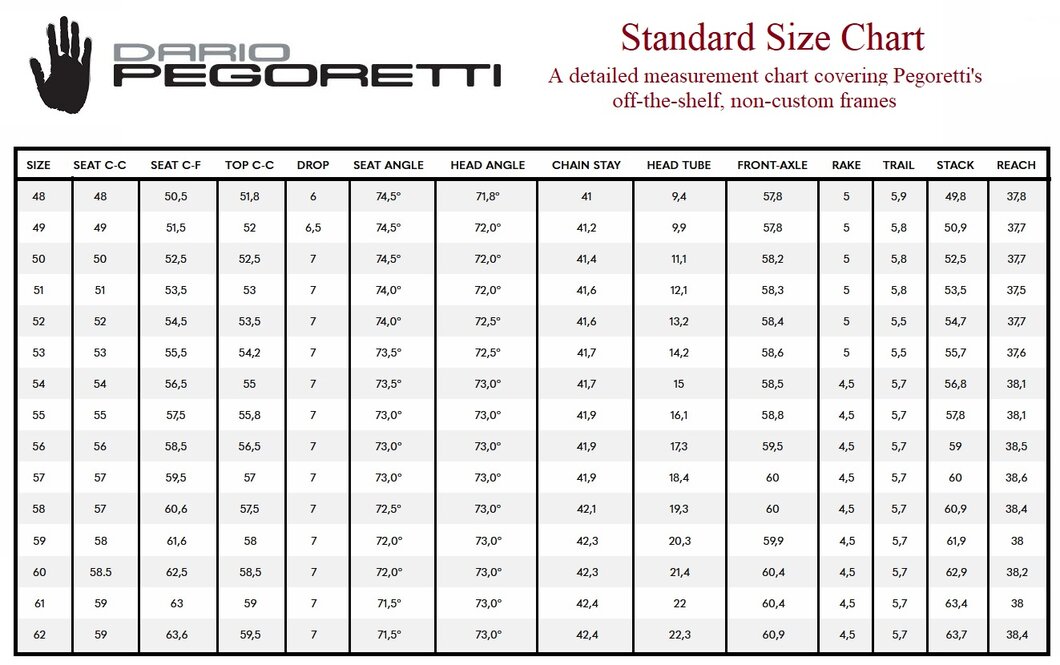 We can build this frameset with your choice of parts packages. Contact us for details and pricing. 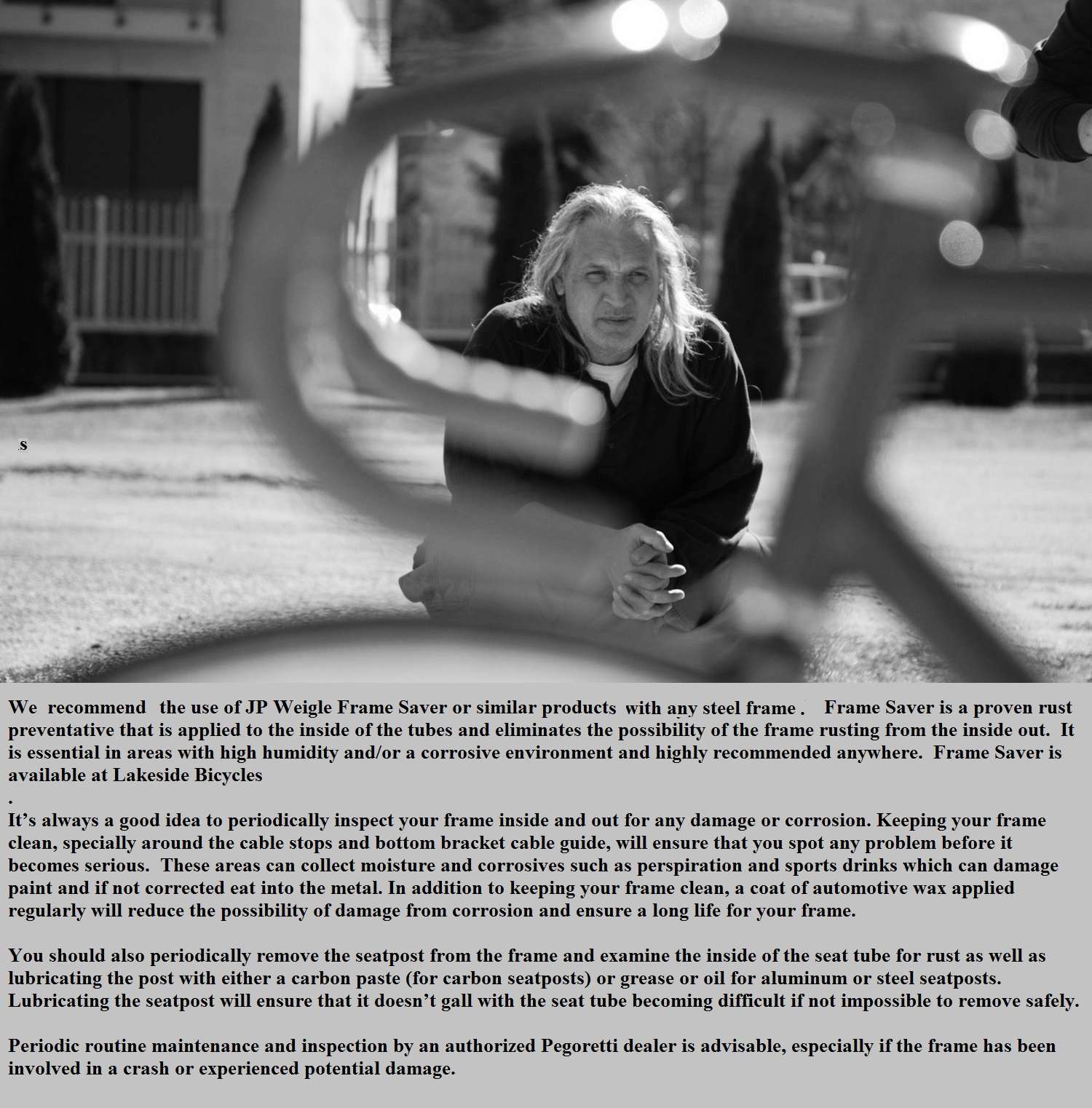 What you will find in the box: 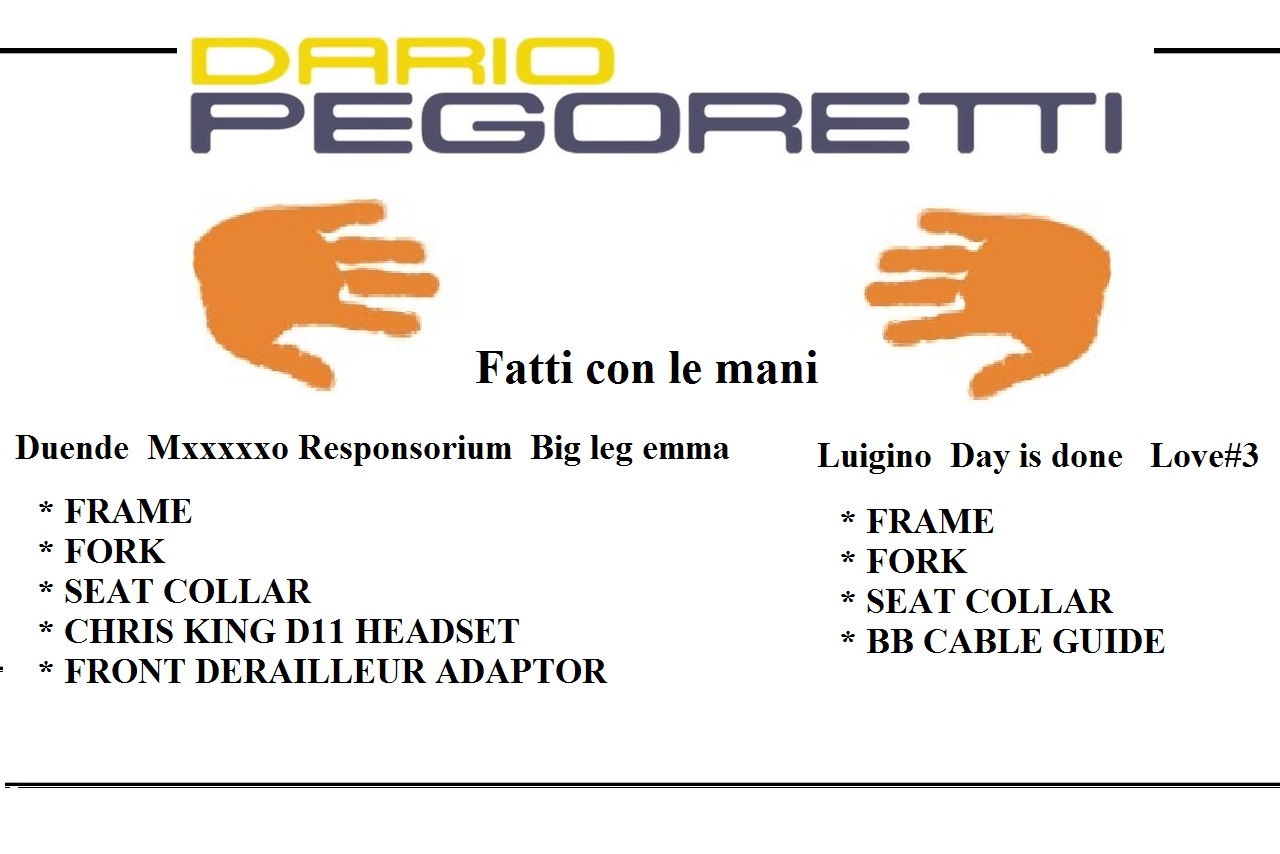 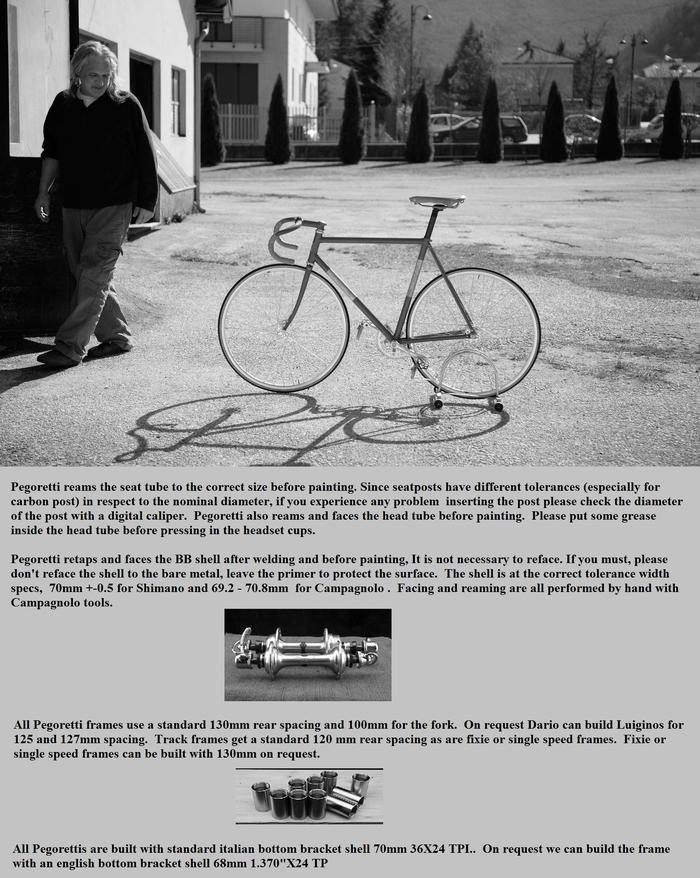 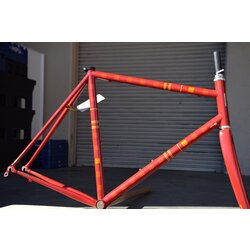 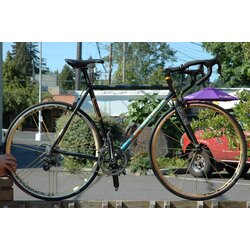 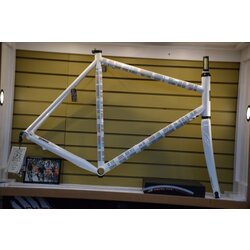