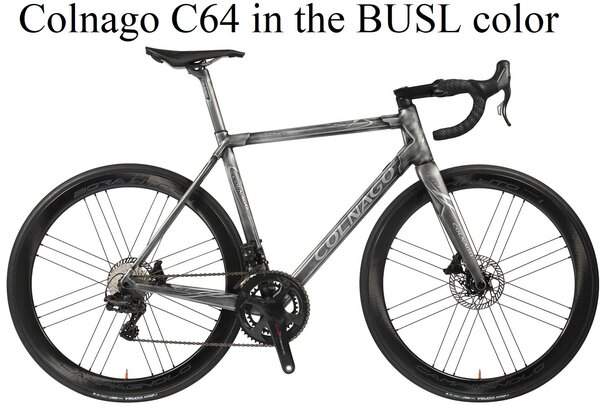 For those unfamiliar with the C64’s lineage, the C-series is a handmade carbon bicycle dynasty.  It’s iconic for its crimped tube shapes and carbon lugs yet harks back to the stylish looks of classic steel builders. All C-bikes have always been available in custom geometry, and they’ve been at the forefront when it comes to technology, too.

While some have complained that the C64 looks very similar to its predecessor, a major visual change is in the seat tube and seatpost. Where the C60 used a lug to join the top tube, seat tube and seatstays, the C64’s lug and seat tube are moulded as a single piece. It means the frame is a little more like a monocoque carbon frame and can use the same aerodynamically shaped seatpost as Colnago’s V2-R. To my eye, this has modernised the entire look of the bike.

One of the biggest changes is a very simple one.  Where the C60 struggled to fit 25mm tyres, the C64 boasts clearance of at least 28mm. Overall the bike features some thoughtful design and savvy engineering.

From the outset, the stiffness Colnago has targeted shines through. My C64 responds to input with decisive bursts of speed, coupled with a natural smoothness which has laways been the defining characteristic of lugged carbon frames.  I first rode this bike on the well-maintained roads of rural Clackamus County, where the C64 glided over the pavement. Yet I also found that the stiffness through the back end of the bike let me feel the road beneath and make sharp, accurate steering corrections,  while filtering out nasty shocks. Not many bikes achieve all that at once. The frame is so well behaved that I was completely comfortable hitting 60mph on the descent from Bald Peak, usually a knuckle biting experience.

That’s possibly partly down to the bike’s front end, where Colnago uses an elastomer polymer in the headset that offers a very small but detectable degree of compression and suspension within the head tube. It means that while the fork is extremely stiff, the headset filters out some of the jolts. On the the roads around Quarry road, that type of compliance is pushed to the limit, where small road scars become gaping potholes and smooth pavement is an abstract fantasy.  With a set of 28c tires it could even be put to work on a cobbled Classic.  My 55cm frame comes in at just over 900g, noticeably lighter than the C60 (1,050g). A 7.12kg build with LightWeight Obermeyer wheels and Shimano Dura-Ace Di2 feels plenty light enough on a steep climb.

The C64 isn’t specifically designed as an aero bike – Colnago has the Concept for that –  while it’s hard to assess a bike’s aerodynamics outside a wind-tunnel, the C64 certainly holds speed well on the flat, and certainly feels fast.

One other thing about the C64. The way it reacts to input from the rider is so sharp, so tuned, that it just made me want to turn the screw on my efforts whenever possible. The C64 is a bike that manages to stand out even among rival superbikes. That’s quite possibly why Colnago has endured in popularity – the bike manages to foster a feeling of innate speed coupled with sharp, agile handling as if it were designed by sensation alone. Step back from that fantastic ride quality and there’s a stunning bike, with a historic story and home-grown, custom-built Italian appeal.

Finally, in a polls of professional riders taken every year since the introduction of the C40 in 1994, when asked what bike they would most prefer to ride the overwhelming choice has been the Colnago C-frame.

For more information we can be reached at 503-699-8665 or at info@Lakeside.Bike. One final note: The $6,200 BDBL 54s frame listed here is a 2019 model and is the only frame we have available at that price . Any other C64 frames ordered through Lakeside Bicycles will be current models and sold for the current MSRP. . 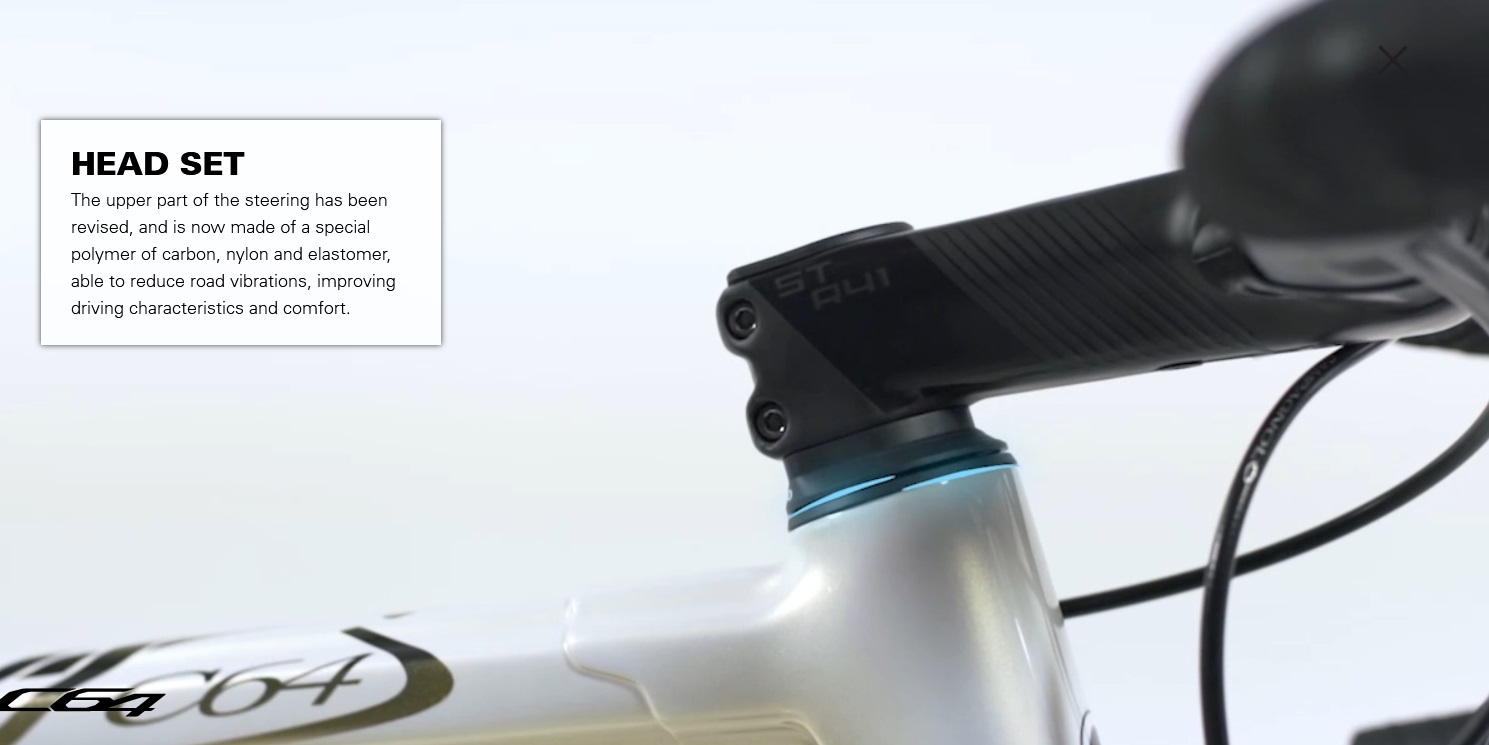 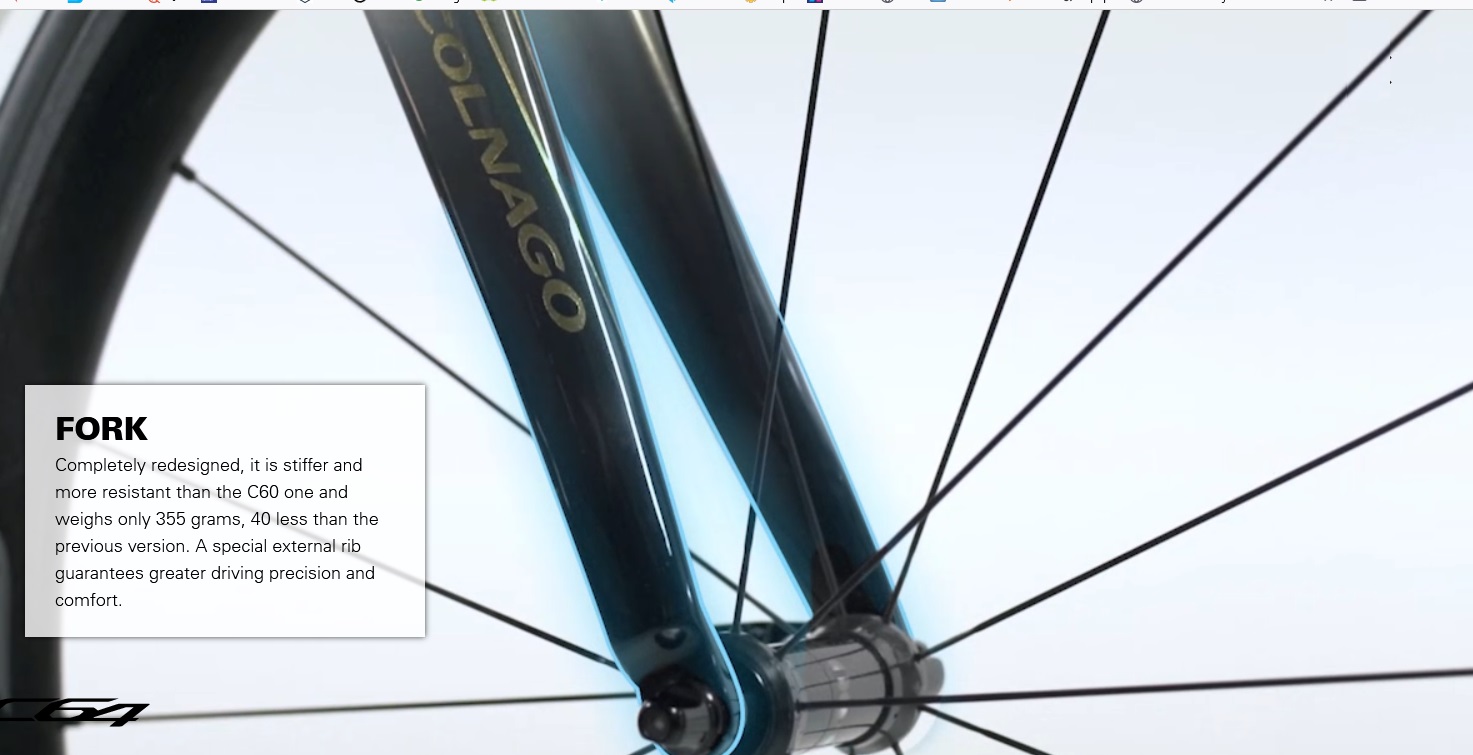 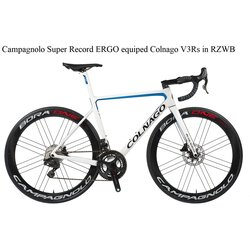 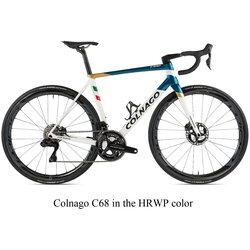