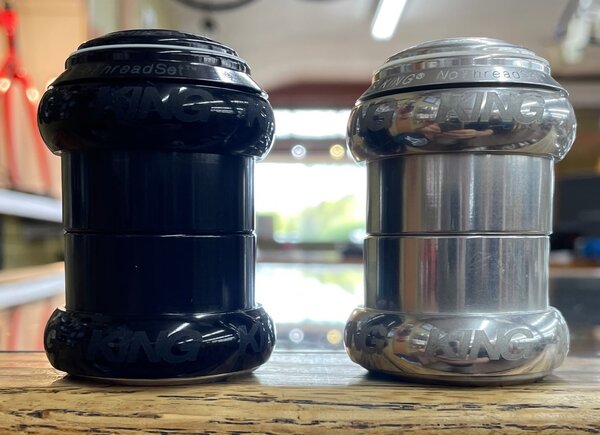 Until the end of 2010 Pegoretti frames accept a standard 1 1/8 headset. The diameter of the head tube for this standard varies from a minimum of 36 to a maximum of 36.5 mm for steel frames. This entailed a limit in terms of coupling with the down tube, as larger diameters of 36.5 requiring adapted shaped or ellipsoid down tube in the area of the joint. Using a 38mm diagonal coupling was rather difficult.

At the end of 2010 Dario Pegoretti decided to increase the diameter of the head tube in order to obtain an optimal coupling in terms of milling and coupling with the head tube, what interested him was to be able to use a down tube free from crushed forms and adaptations as with the old diameter. He decided to raise this parameter up to 40.2mm, of course this has required the development of a dedicated headset.

Chris King has produced a modified diameter and insertion depth set for this headtube and called it D11. The result is a reliable, strong and perfectly round joint. During the development of the headset and the resulting head tube Daro decided to increase the diameter of the down tube which now stands at 39mm.

The new headset design continues to use the proven bearings and components of King's standard headsets, but the cups have a larger diameter skirt where they are pressed into the head tube. Also this skirt is longer than the standard giving better support to the head tube. The shape of the cups has been modified to flow better with steel and / or titanium frames.

This headset works equally well with the Falz fork and other 1-1/8” forks as the bearing sizes have not been changed. It features Chris King’s Grip-Lock fastening system as well as King’s 10-y 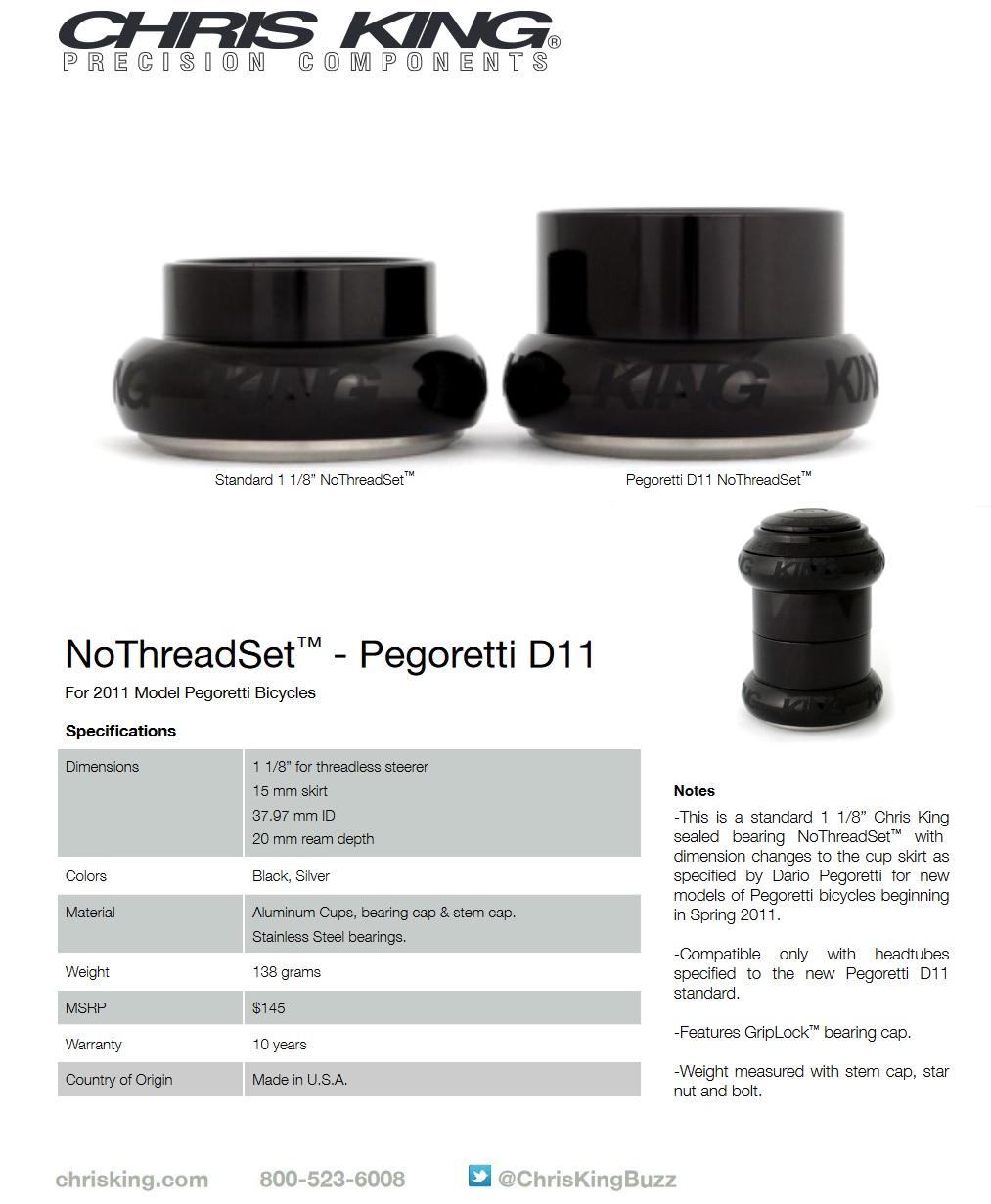